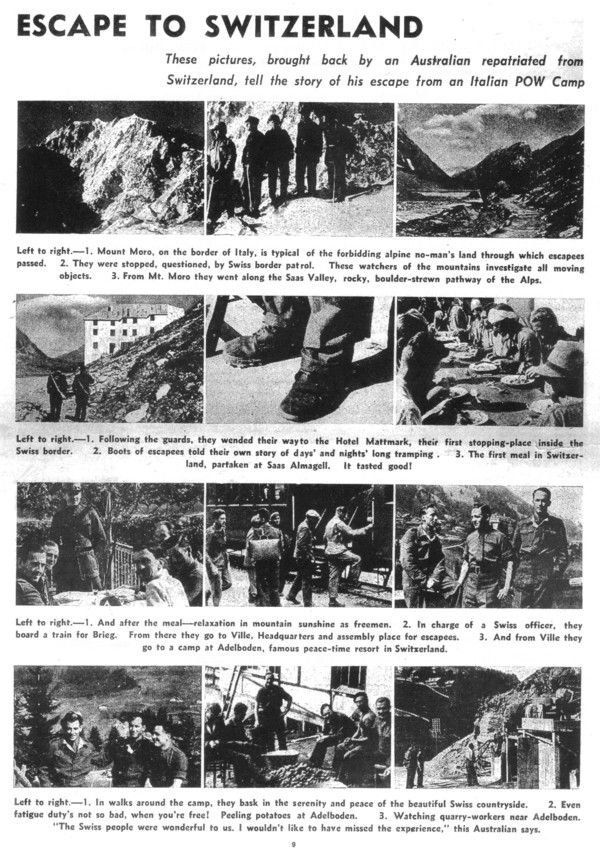 In the confusion that followed the promulgation of the Italian Armistice, 20,000 Allied POW were roaming aimlessly around the Italian countryside adjacent to their camps. There had been no order given to them as to what was the best course of action to follow. And even when instructions were broadcast by the BBC, they were in very general terms and did little to help most escapers on the ground.

The advancing Allied armies in the south of Italy had met with stiff German and Fascist resistance and a front line had more or less established itself on either side of the river Po. This was a long and dangerous walk for most escapers, although some did manage to successfully return to Allied Lines, by heading south towards them. Going eastwards, was a shorter walk for most to try and reach the Adriatic coast and hope that they could be taken off by an Allied ship or submarine.

And it was a shorter distance still for many to head north to the Swiss border, although the towering Alps presented a psychological as well as a geographical barrier to be overcome. But in its favour was that the mountain roads to the less well known Swiss passes were not yet well-patrolled by the enemy and the local Italian population was sympathetic and amazingly helpful to escaped and directionless escaped Allied POW.

Those that chose to head for Switzerland were also beneficiaries of a rapidly established and expanding local underground network of support, co-ordinated and supplied by patriotic Italians as well as by intense SOE and OSS aid. The stories of "Butch" Jocumsen, John Peck and Guiseppe Bacciagaluppi bear witness! And the Moro Pass entrance to Switzerland carried very heavy ANZAC traffic!

Once accepted into Switzerland, 5,139 British "evades" were housed and fed much in the same way as the Swiss did for their own Army. The administration of Swiss British "Camps" was largely in the hands of the inmates themselves together with British Officers. Although the senior Australian officer, Capt. Jack Kroger, and the AIF officers who had escaped from the "Moosburg Express" tried to congregate all AIF "evades" in the one camp, British Command was not in favour of this policy. The Swiss tended to agree, until the growing number of US airmen, switched their "Camp" policy to use their under utilised and mostly vacant tourist hotel complexes. 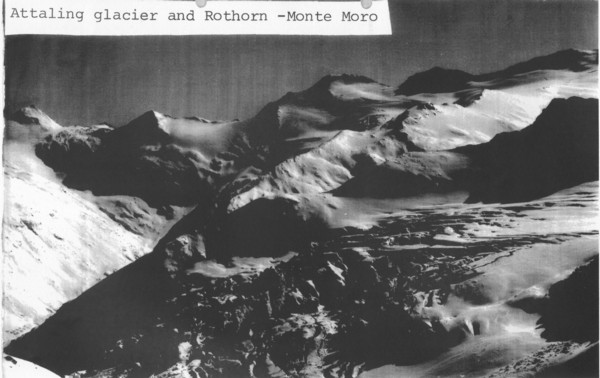 The number of American aircrew "internees" soon matched the total number of British "evades", while the sanctity of Swiss air space was swamped under the daytime flights of thousand Flying Fortress bomber flights attacking German targets. 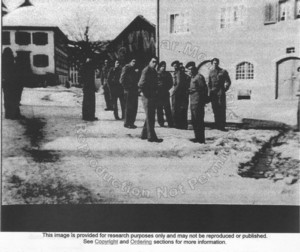 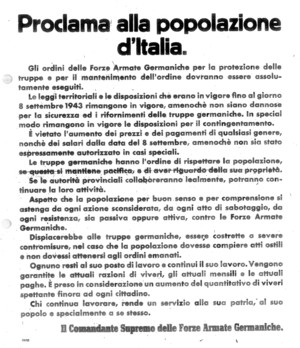